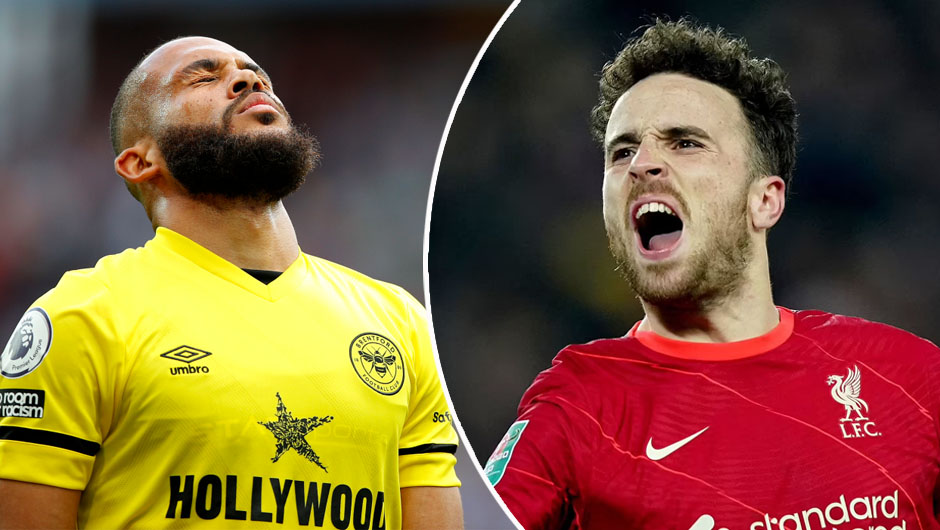 Liverpool will play hosts to Brentford in the Premier League matchday 22 on Sunday. The kick-off is at 16:00 CEST.

Even with their AFCON-bound trio Naby Keita, Sadio Mane and Mohamed Salah in the squad back then, Liverpool were unable to register a single victory in their previous three PL games on the bounce with the latest league encounter at Chelsea finishing in a 2-2 draw on January 2. As a result, Jurgen Klopp's side have moved into the third place in the table with 42 points, whopping 11 points behinnd leaders Manchester City but with two games in hand over Guardiola's side. What's more, the Reds will play hosts to Brentford on the back of a goalless draw against 10-men Arsenal in the EFL Cup semi-final first leg on Thursday.

Thomas Frank's crop, meanwhile, have a similar record to their forthcoming opponents of just two wins in their last five Premier League games and will travel to Merseyside following a 4-1 thrashing at the hands of Southampton on Tuesday. The mid-week loss to the Saints means that the Bees occupy the 13th spot in the standings with 23 points taken from their opening 20 matches.

As mentioned, Keita, Mane and Salah are away on their AFCON duties while Nat Phillips, Thiago Alcantara, Harvey Elliott or Divock Origi all remain sidelined for Liverpool. David Raya, Josh Dasilva, Charlie Goode and Mathias Jorgensen, in turn, will not feature for the visitors on the weekend due to respective injury woes while Frank Onyeka is away on Africa Cup of Nations duty.

Liverpool have lost just two league games this season so far but have already shared points six times in the 2021/22 campaign. One of those draws took place at Brentford when Klopp's crop were unable to defeat the newly promoted side in 3-3 thriller stalemate in late September. However, the Bees' performances have sulked drastically since then and we can't really envisage Brentford taking points away from the Reds once again on Sunday, especially given Liverpool's desperate need for all three points in this one.