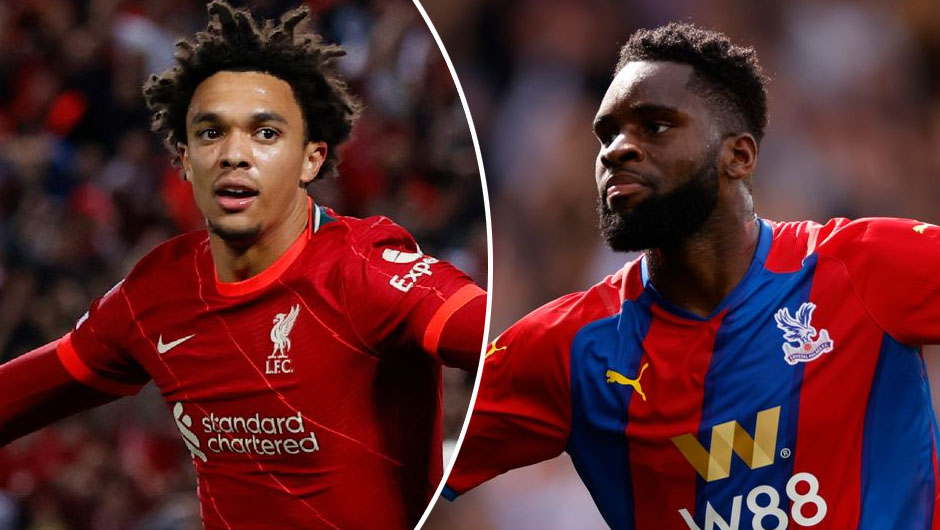 Liverpool will take on Crystal Palace in the Premier League matchday 5 at Anfield on Saturday. The kick-off is at 16:00 CEST.

Liverpool have taken 10 points from the opening four matchdays in the 2021/22 English top flight season following their wins over Norwich City, Burnley and Leeds United interrupted by a 1-1 draw with Chelsea in late August. Thus, Jurgen Klopp's men sit in third in the PL standings right now, level on points with second-placed Chelsea, leaders Manchester United and fourth-placed Everton. As a reminder, the Reds also claimed a 3-2 comeback victory over AC Milan in their Champions League group stage opener on Wednesday.

Crystal Palace, only managed their first win in the current Premier League campaign last weekend as Patrick Vieira's side destroyed Tottenham 3-0 at Selhurst Park to dethrone their fellow Londoners from the top of the table. Prior to that impressive triumph over Spurs, the Eagles shared points with Brentford and West Ham while losing 3-0 at Chelsea in the opening match of the season. Palace have also already been eliminated from the EFL Cup by Watford in the fifth round last month.

Harvey Elliott, Roberto Firmino and Neco Williams all remain unavailable for the Reds through injury while Eberechi Eze and Nathan Ferguson won't feature for the Eagles on the weekend for the same reason.

Well, Palace will definitely try to build on their 3-0 thrashing of Tottenham when they travel to Merseyside on Saturday with Odsonne Edouard, who netted a brace against Spurs, eager to extend his tally. Nevertheless, we can't envisage Vieira's crop even scoring at Anfield as Liverpool look to be too good to compete with right now. Therefore, let's stick with the Reds' clean-sheet victory on the weekend - their fourth win without conceding in the 2021/22 PL season.

Liverpool to win to nil at 2 with 1XBET.