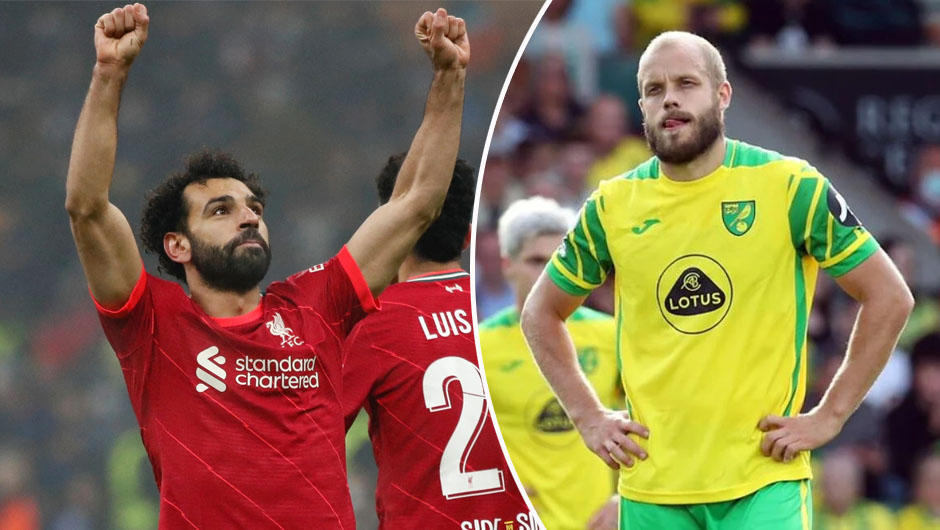 Liverpool and Norwich City will face off in the Premier League matchday 26 at Anfield on Saturday. The kick-off is at 17:00 CEST.

Just three days following a 2-0 victory over Inter Milan in the Champions League last-16 round first leg, Liverpool will play hosts to Norwich to try to extend their unbeaten run to 11 games on the bounce since the turn of the year. While Jurgen Klopp's men are year to suffered a single loss in all competitions in 2022, they are also on a seven-match winning streak ahead of the Canaries' visit to Merseyside. Still, the Reds are second in the PL standings, nine points adrift of leaders Man City but with a game in hand over the Cityzens.

It were Pep Guardiola's side who destroyed Norwich 4-0 in their most recent league encounter last weekend which saw Dean Smith's crop moving into 18th in the table, four points behind relegation-safe Newcastle United who also have played one game less. On the other hand, the Canaries enjoyed a run of three wins and one draw before City's visit to Carrow Road, so it would be fair to say that they are in a rather good form at this stage of the season.

While Divock Origi is the only injury absentee in Klopp's squad, Tim Krul and Jacob Lungi Sorensen will play no part for the visiting side for the same reason.

Liverpool have actually already faced Norwich twice this term so far. First, the Reds defeated the Canaries 3-0 in the reverse fixture in August before eliminating then-Daniel Farke's team from the EFL Cup at the same scoresheet in September. Even if Farke is no longer at the helm of the club, we can't really envisage Norwich causing major problems to Klopp's crop this time around too.