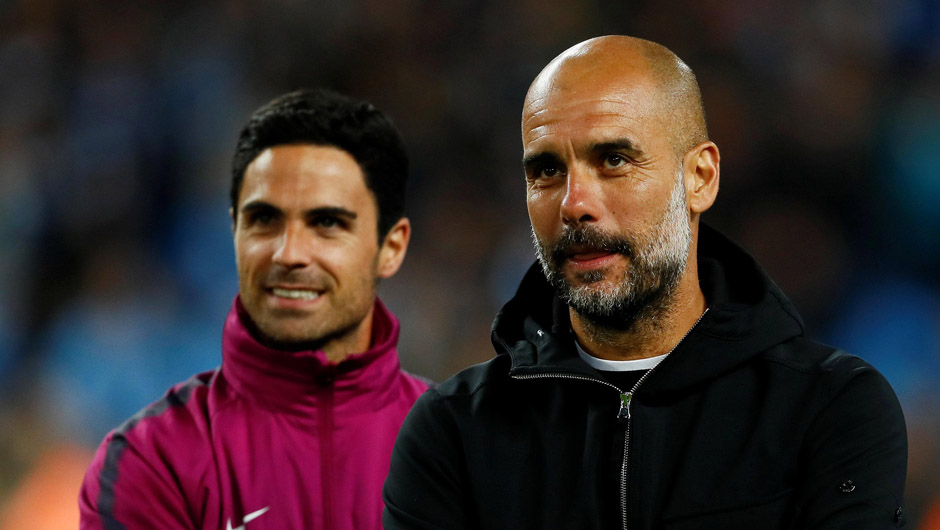 Struggling Man City host Arsenal in the Premier League matchday 5 on Saturday. The kick-off time is at 17:30 BST.

You'd probably be surprised to find out that the Citizens sit in 14th in the standings while the Gunners occupy the 4th spot ahead of the latter's visit to the Etihad. City's opening day victory over Wolves was followed by a defeat at the hands of Leicester City and a draw with Leeds United, leaving Pep Guardiola's men with four points. As a reminder, the Citizens have played one game less than Mikel Arteta's side due to their participation in the Champions League quarter-final in August. Arsenal, for their part, have registered wins over Fulham, West Ham and Sheffield United as well as a 3-1 loss at Liverpool this season so far.

Thomas Partey could be given his debut appearance for the Gunners in Manchster after completing a move from Atletico Madrid before the international break. Kieran Tierney, in turn, is set to miss the encounter after his Scotland teammate tested positive for Covid-19. As for City, Kevin de Bruyne and Raheem Sterling remain two major doubts for Arsenal's visit through respective injury woes.

Arteta, who left his role of Guardiola's assistant to take over at the Gunners last year, defeated his old master in the FA Cup semi-final in July. The Basque knows how to counter the Catalan but Arsenal's defensive performances this season haven't been promising at all and that's something Pep will definetly try to capitalize on. Even though Arteta's side have nine points after four games, their true strength was shown at Anfield.

Man City to win and both teams to score at 2.4 with 1XBET.