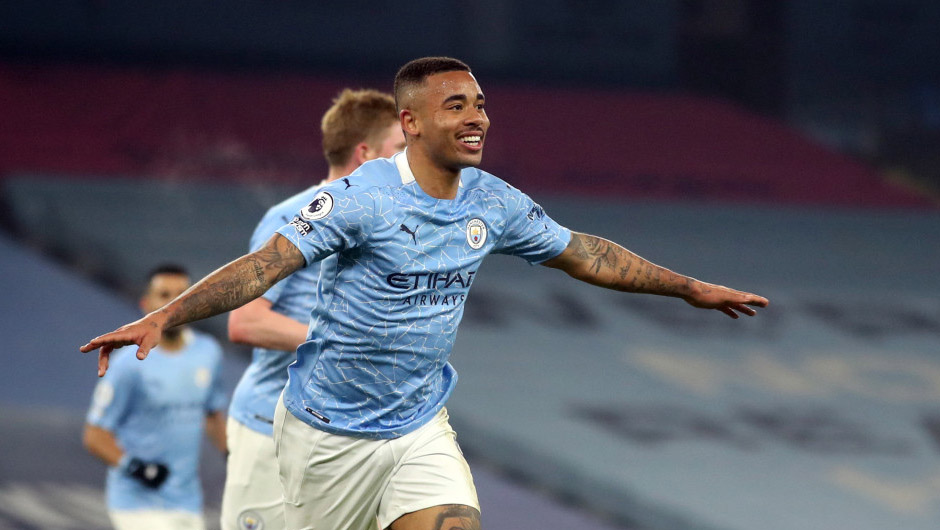 Manchester City and Manchester United will lock horns at the Etihad Stadium in the Premier League matchday 27 on Sunday. The kick-off is at 16:30 GMT.

Man City have been the most in-form team since the start of December in Europe's top five leagues as Pep Guardiola's side are now on a mind-blowing 21-game winning streak in all competitions, including a 4-1 victory over Wolverhampton in mid-week. Even Man United fans can hardly deny the fact that the Cityzens have all but secured the 2020/21 PL title by now. With 11 games to go this season, City lead the table by 14 points over the Red Devils and could realistically put the title race to bed on the weekend.

Ole Gunnar Solskjaer's men, for their part, remain unbeaten in their previous 10 matches in all competitions. Although, United have only been victorious in four fixtures during the current run. What's more, the Red Devils will make a trip across the city on the back of two goalless league draws with Chelsea and most recently Crystal Palace. Paul Pogba's injury absence and Bruno Fernandes' dip in form have arguably been the two main reasons for United's struggles in the past few weeks.

Pogba won't feature again this time around as well as Juan Mata and David de Gea. The latter has recently become a father and thus given a day off.

Guardiola, in turn, has a fully fit squad at his disposal for Sunday's encouonter.

Even though United managed to share points with City in their previous league clash at Old Trafford (0-0) in December, the Cityzens have gone on to claim a victory against the Red Devils in the EFL Cup semi-final the next month (2-0). Solskjaer's side will definetly try to harm City's title hopes on the weekend but we can't envisage Guardiola's men ending their outstandings winning streak on Sunday, considering United's below-par form of late.

Manchester City to win and both teams to score at 2.9 with 1XBET.