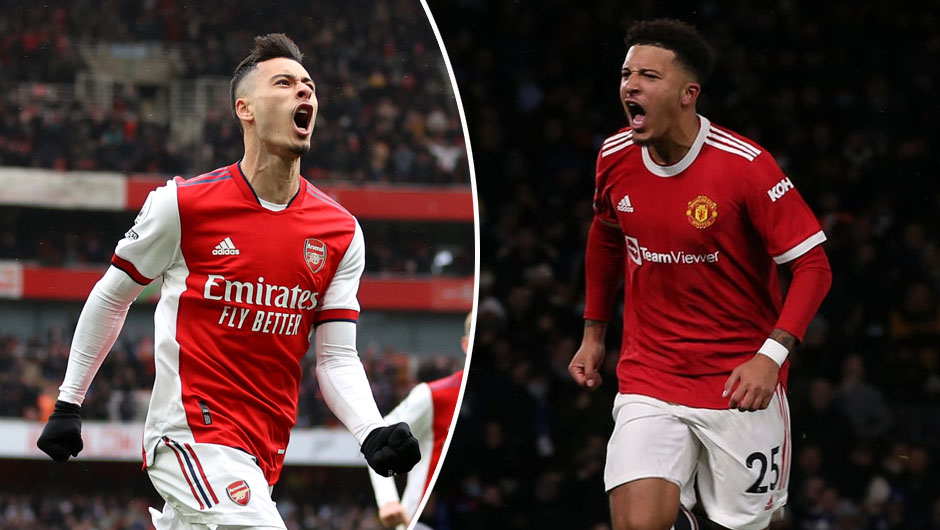 Manchester United and Arsenal will go head-to-head in the Premier League matchday 14 at Old Trafford on Thursday. The kick-off is at 22:15 CEST.

Even though very few expected Man United to take any points in their encounter at Chelsea over the weekend, Jadon Sancho's goal secured a 1-1 draw for the Red Devils on Sunday. It was Michael Carrick who led United at Stamford Bridge and it'll be the current intermin manager who takes charge of the Red Devils on Thursday as Ralf Rangnick will only arrive in Manchester before Sunday's clash with Crystal Palace to take over the team until the end of the season. The German manager has a lot of work to do ahead of him to finish in the PL top four as United are now only eighth in the league table with 18 points.

Arsenal, for their part, have managed to return to winning ways following a 4-0 thrashing at Liverpool on November 20 in Saturday's encounter with rock-bottom Newcastle United courtesy of goals from Bukayo Saka and Gabriel Martinelli. Hence, Mikel Arteta's side sit in fifth in the standings, level on points with fourth-placed West Ham (23), ahead of their trip to Old Trafford.

French duo Raphael Varane and Paul Pogba are both unavailable for United due to injury while Luke Shaw and Edinson Cavani remain doubtful with respective head and leg issues. Arsenal's hero Saka, in turn, is also yet to be given the green light to feature on Thursday after suffering a muscle problem over the weekend while Sead Kolasinac and Granit Xhaka remain on the sidelines with long-term injuries.

Well, this match is an extremely hard to call one as both United and Arsenal have struggled drastically against top opponents this season so far. What's more, the Red Devils are still awaiting for Ole Gunnar Solskjaer's replacement to take his position in the Old Trafford dugout, so you can't really predict what Carrick's next move will be. Therefore, we'd rather give the Gunners a slight advantage in the forthcoming encounter, given that United have failed to beat Arteta's crop in each of their last five head-to-head meetings. Moreover, Arsenal have only suffered one loss in their last 10 games in all competitions while the Red Devils only have three wins over the same period of time.