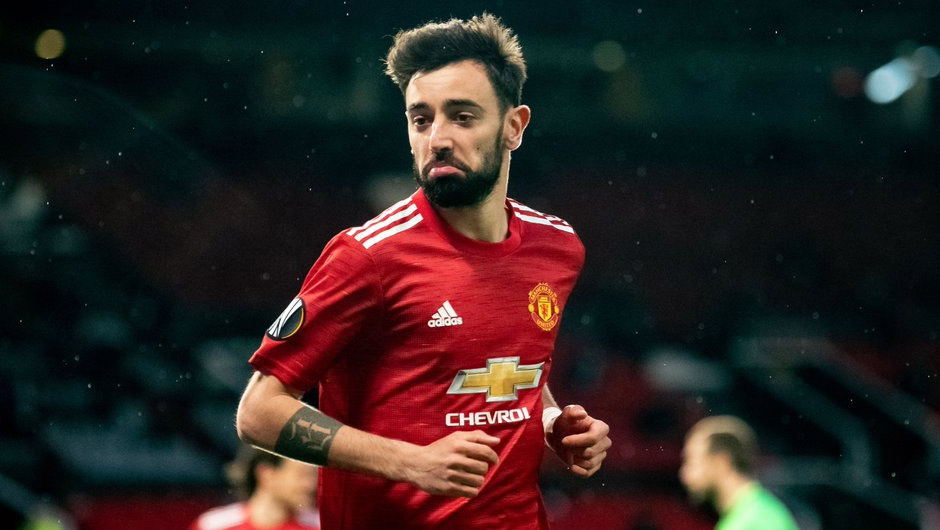 Manchester United and Liverpool will lock horns in the standout fixture of the Premier League matchday 34 on Sunday. The kick-off is at 17:30 CET.

Despite sharing points at Leeds United (0-0) last weekend, the Red Devils have gone on to destroy Roma 6-2 in the Europa League semi-final first leg on Thursday. Thus, Ole Gunnar Solskjaer's men will be in high spirits when they welcome their bitter rivals to Old Trafford on Sunday. What's more, United remain unbeaten in 13 PL games on the bounce and could secure a top-four finish with a victory over Liverpool as they sit in second in the table, nine points ahead of fourth-placed Chelsea at the time of writing.

The Reds, on the other hand, will travel to Manchester on the back of a three consecutive draws across all competitions, including last week's disappointing slip-up against Newcastle (1-1). With just five games to go this season, Jurgen Klopp's side occupy the sixth spot in the league standings, four points adrift of Chelsea who sit fourth, as mentioned. Hence, Liverpool have a huge task of qualifying for the Champions League in the remainder of the current campaign.

Anthony Martial is the only significant injury absentee in the hosts squad while Liverpool's Jordan Henderson, Virgil van Dijk, Joe Gomez, Joel Matip and Divock Origi remain on the sidelines with long-term issues.

A victory for the visitors in this one would automatically crown Manchester City as the 2020/21 Premier League champions as Pep Guardiola's men extended their lead over United to 13 points by defeating Crystal Palace 2-0 on Saturday. Therefore, the Red Devils could settle down for a draw against Liverpool just to delay the Cityzens' title win by another week. Still, we do expect United to claim all three points this time around simply due to Liverpool's poor form in the second part of the season.