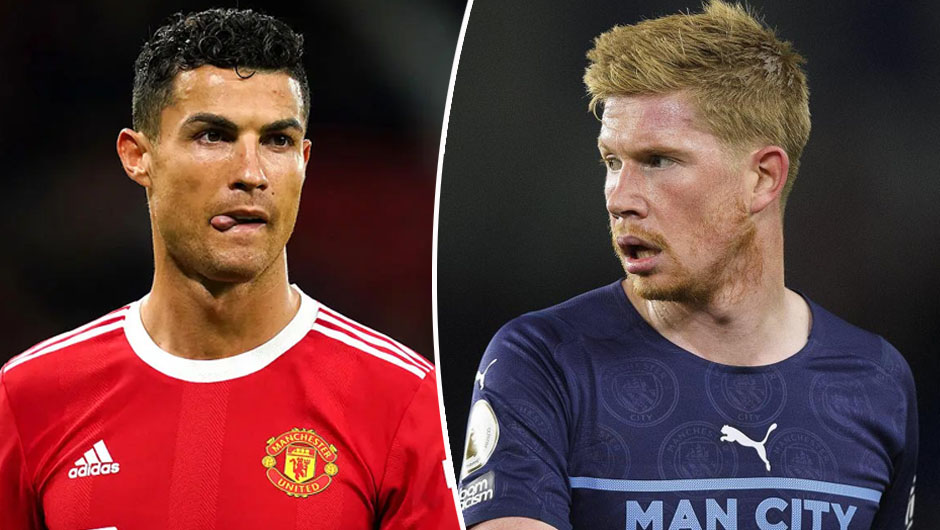 Manchester United and Manchester City will face off in the Premier League matchday 11 at Old Trafford on Saturday. The kick-off is at 14:30 CEST.

Even though Ole Gunnar Solskjaer was arguably close to losing his position in the Old Trafford dugout following Man United's 5-0 loss to Liverpool at the Theatre of Dreams two weeks ago, the Norwegian manager has gone on to end his side's four-game streak without a victory in the English top flight in the following encounter at Tottenham. Cristiano Ronaldo, Edinson Cavani and Marcus Rashford added their names on the scoresheet back then to help the Red Devils stay in fifth in the league table with 17 points. Nevertheless, United will be hosting their city rivals on the back of a 2-2 draw at Atalanta in the Champions League on Tuesday. As a reminder, it was again Cristiano who helped his team avoid a defeat in Bergamo by scoring a brace.

Man City, for their part, easily thrashed Club Brugge 4-1 in their CL group stage encounter on Wednesday to return to winning ways after back-to-back losses to West Ham in the EFL Cup on October 27 and Crystal Palace in the Premier League last weekend. As a result, the reigning PL champions are now only third in the standings, three points ahead United and five points adrift of leaders Chelsea.

Raphael Varane is the only injury absentee in Solskjaer's squad after being forced off with a hamstring issue in mid-week while Paul Pogba continues to serve his three-game suspension. Aymeric Laporte's red card against Palace, meanwhile, means that the Frenchman will miss Saturday's clash through suspension, as well as Ferran Torres who remains on the sidelines.

Despite City losing to Palace last week and United beating Spurs on the same day, it's the Cityzens who are placed as the hot favourites to claim all three points in the forthcoming Manchester derby. Given what happened when Liverpool visited Old Trafford just a few weeks ago, we'd say that Pep Guardiola's crop are more than capable of embarrassing inconsistent Solskjaer's side too. Still, we'd also back Cristiano Ronaldo to continue his goalscoring heroics on the weekend as the Portuguese has already scored nine goals in 11 matches for United this term, including three strikes in the previous two matches, to silence his critics.

Manchester City to win and both teams to score at 3.1 with 1XBET.