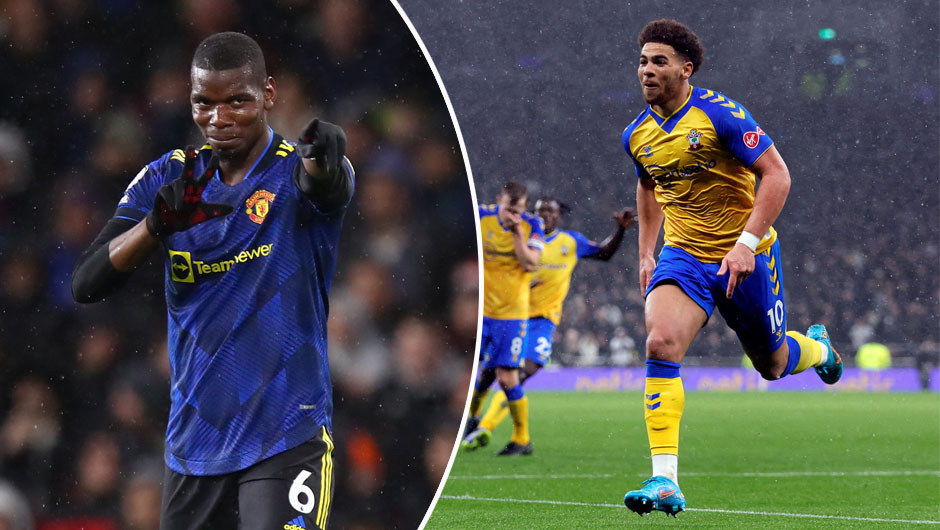 Manchester United will take on Southampton in the Premier League matchday 25 at Old Trafford on Saturday. The kick-off is at 14:30 CEST.

It has been all but disastrous return for the winter break for Man United as Ralf Rangnick's men were eliminated from the FA Cup at the hands of Championship side Middlesbrough last week before sharing points with rock-bottom Burnley in the league on Tuesday. The latest slip-up means that the Red Devils have dropped out of the top-four and are coming into this encounter in the sixth place in the PL table with 39 points, one point adrift of fourth-placed West Ham but with a game in hand.

So'ton, on the contrary, will travel to Old Trafford in high spirits following their incredible 3-2 comeback victory at Tottenham on Wednesday which followed a 2-1 win over Coventry City in the FA Cup fourth round over the weekend. Still, Ralph Hasenhuttl's side are nine points and four places behind their forthcoming opponents at this stage of the 2021/22 campaign.

Alex Telles and Fred are the only concerns in United's squad due to Covid-19 while the Saints will certainly be without the services of injured Alex McCarthy and Lyanco in Manchester.

While United have failed to take all three points in each of their two games after the winter break, So'ton current three-game unbeaten streak includes a victory over Spurs and a battling 1-1 draw with PL leaders Man City on January 22. What's more, Hasenhuttl's crop held then-Ole Gunnar Solskjaer's side to a 1-1 stalemate in the reverse fixture at St Mary's in August. Thus, let's say that the Saints are more than capable of causing major problems to United, so we do expect goals at both ends in this one - just like in six of their last seven head-to-head meetings.