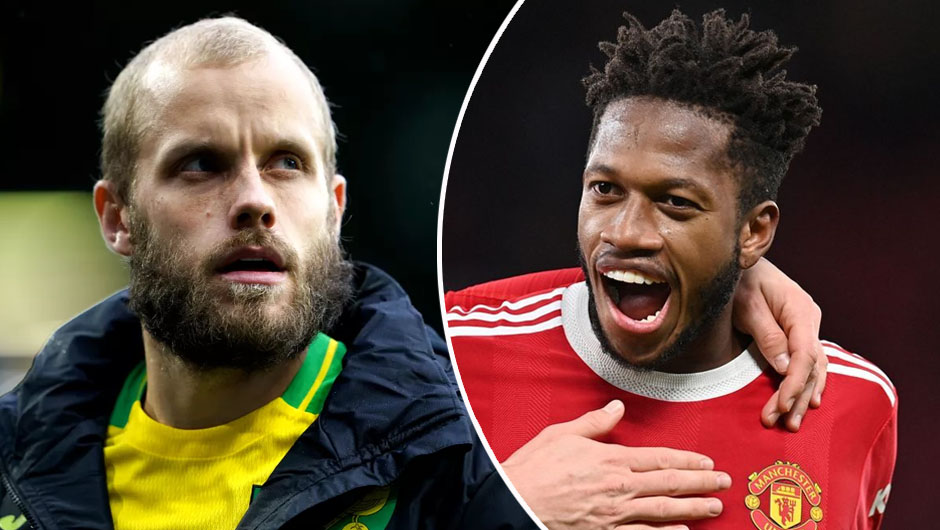 Norwich City will go head-to-head with Manchester United in the Premier League matchday 16 at Carrow Road on Saturday. The kick-off is at 19:30 CEST.

Even though Norwich had gone four games unbeaten since Dean Smith replaced Daniel Farke in the Carrow Road dugout in early November, the Canaries' suffered their first defeat under the former Aston Villa boss last weekend when they were thrashed at Tottenham 3-0 with Lucas Moura, Davinson Sanchez and Son Heung-min securing a victory for Spurs. As a result, Norwich have returned back to the very bottom of the PL standings, level on points with Newcastle United and Burnley who sit in 19th and 18th respectively.

Man United, on the contrary, will travel to Norfolk on the back of a narrow victory over Crystal Palace last weekend when Fred's wonder strike secured all three points for the Red Devils in Ralf Rangnick's first game in charge of the club. However, United have gone to share points with Young Boys on Wednesday (1-1). The Red Devils, on the other hand, had finished at the top of their CL group even before its final matchday so the likes of Tom Heaton, Juan Mata, Amad Diallo and Anthony Elanga were all given a chance to impress in mid-week. Now, Rangnick will be aiming to return to winning ways in the domestic league where United are only sixth in the table, three points adrift of fourth-placed West Ham.

While Mathias Normann, Milot Rashica and Christoph Zimmermann all remain on the sidelines for the hosts, Brandon Williams is ineligible to feature against his parent club. Aaron Wan-Bissaka, Raphael Varane, Paul Pogba, Edinson Cavani and Anthony Martial, in turn, are set to miss out on United's trip to Norwich.

Apparently, United are gradually returning to their best with the new manager at the helm, given they impressive performance against Palace. Therefore, we do expect the Red Devils to take all three points at rock-bottom Norwich who are unlikely to cause major troubles to Rangnick's crop anytime soon.

Manchester United to win to nil at 2.4 with 1XBET.