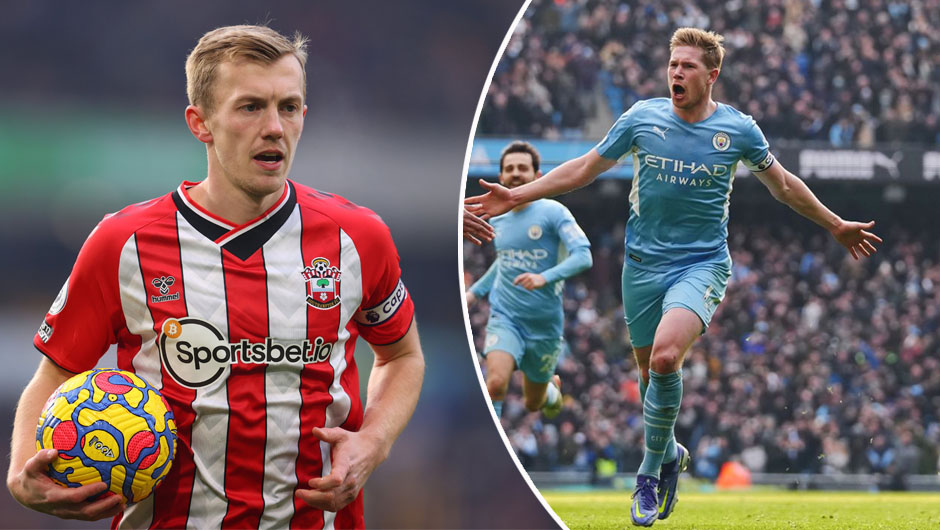 Southampton and Manchester City will take on each other in the Premier League matchday 23 at St Mary's Stadium on Saturday. The kick-off is at 19:30 CEST.

Just like it usualy happens with Ralph Hasenhuttl's side since the Austrian's appointment at St Mary's in 2018, Southampton's biggest problem this season has been consistency. The Saints sit in 12th in the PL table with 24 points taken from 21 games and will play hosts to Man City on the back of a 3-1 loss to Wolverhampton last weekend which saw their five-game unbeaten streak across all competitions coming to an end.

Pep Guardiola's side, meanwhile, appear to have secured their fourth Premier League trophy in five years in last Saturday when they defeated then-second-placed Chelsea 1-0 courtesy of Kevin De Bruyne's only strike at the Etihad Stadium. That was the Cityzens' 12th straight victory in the English top flight which means that they are leadring the standings already 11 points clear of runners-up Liverpool who have a game in hand.

Valentino Livramento and William Smallbone are unavailable for the hosts due to injury while Moussa Djenepo is away at the Africa Cup of Nations. Oleksandr Zinchenko and Riyad Mahrez, meanwhile, will not feature for City through an injury and AFCON duties respectively.

Even if So'ton managed to hold City down to a goalless draw at the Etihad Stadium earlier this season in September, it would take a miracle for Hasenhuttl's men to end the Cityzens' outstanding winning run in the league when they lock horns on Saturday. Hence, let's back Guardiola's crop for another confident victory in this one.