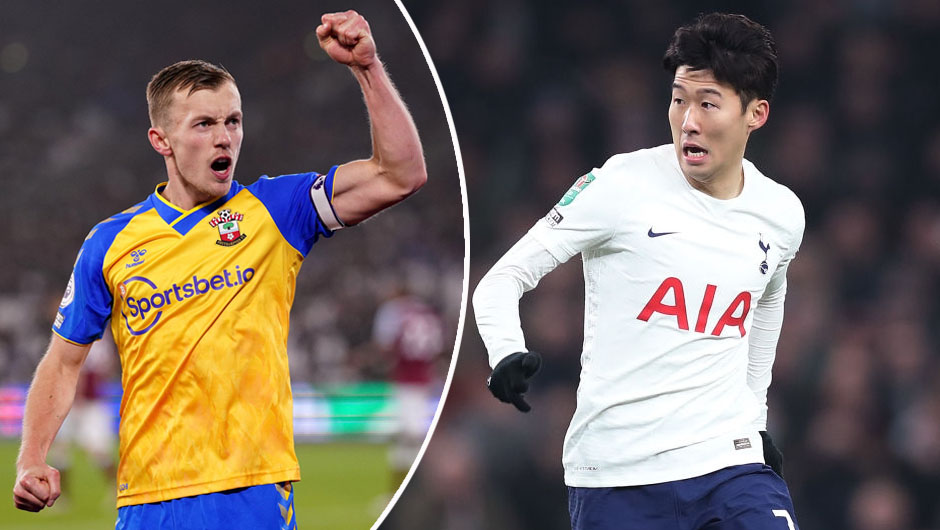 Southampton will play hosts to Tottenham in the Premier League matchday 20 on Tuesday. The kick-off is at 17:00 CEST.

Despite going six PL games without a single victory, So'ton managed to put an end to that unwanted run on Boxing Day. It were Mohamed Elyounoussi, James Ward-Prowse and Jan Bednarek who cancelled efforts from Michail Antonio and Said Benrahma to secure all three points against West Ham on Sunday. That victory has helped the Saints to move into 14th in the table with 20 points, nine points clear of the relegation zone.

Tottenham, meanwhile, have followed their 2-1 victory over the Hammers in the EFL Cup quarter-final on Wednesday with a 3-0 thrashing of Crystal Palace in the league over the weekend courtesy of goals from Harry Kane, Lucas Moura and Son Heung-min. As things stand now, Antonio Conte's side sit in fifth in the standings with 29 points, six points adrift of and with three games in hand over fourth-placed Arsenal.

While Alex McCarthy is still unavailable for the hosts through an injury, Jack Stephens, Nathan Tella and Lyanco will miss Tuesday's clash due to positive Covid-19 tests. Cristian Romero and Ryan Sessegnon, for their part, will play no part for Spurs this time around as they remain on the sidelines.

Even though Ralph Hasenhuttl's men managed to gain a victory over West Ham over the weekend, it doesn't seem likely that So'ton would be able to cause major problems to Tottenham in their final Premier League fixture of 2021. Spurs appear to have find their feet under Conte and we do back them to extend their winning streak across all competitions to three matches on the bounce on Tuesday.