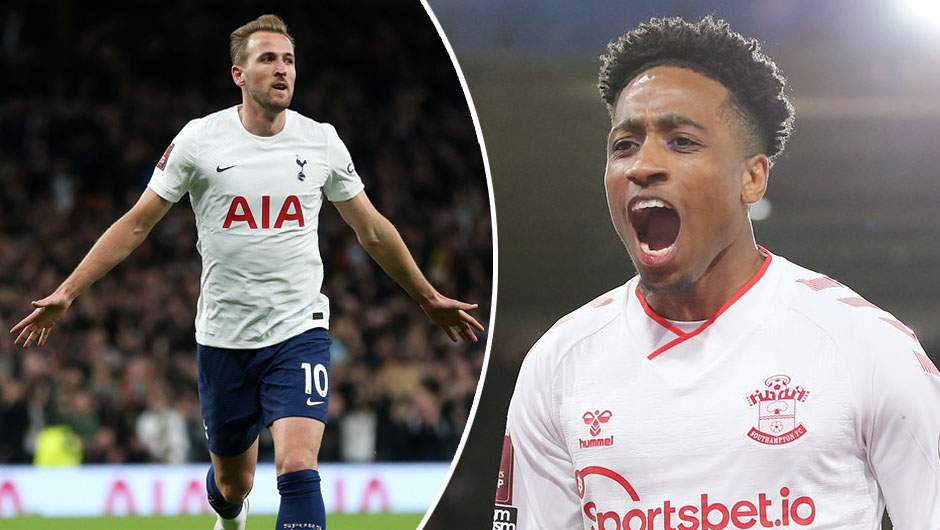 Tottenham will play hosts to Southampton in the Premier League matchday 24 on Wednesday. The kick-off is at 21:45 CEST.

Two weeks after their 2-0 loss to Chelsea in their latest PL appearance, Tottenham had returned to winning ways over the weekend when they defeated Brighton 3-1 in the FA Cup fourth round courtesy of Harry Kane's brace and Solly March's own goal. While Spurs will certainly have an eye on their first trophy since 2008, Antonio Conte's main goal for the remainder of the 2021/22 season is to secure the top-four finish in the Premier League. As things stand now, Tottenham are seventh in the table with 36 points, just two points adrift of fourth-placed Manchester United but with two games in hand.

Southampton, in turn, managed a battling draw against league leaders Manchester City (1-1) before the winter break to find themselves in the 12th position in the standings with 25 points. Ralph Hasenhuttl's side also reached the FA Cup fifth round over the weekend following a 2-1 victory against Championship outfit Coventry City and now will be looking to return to winning ways in the English top flight where they remain winless in two games in a row.

Eric Dier, Japhet Tanganga and Oliver Skipp all remain doubtful for the hosts due to respective injury woes. Alex McCarthy, Nathan Tella and Lyanco, in turn, will certainly play no part for the visitors for the same reasons.

Even though Tottenham couldn't beat So'ton in their previous head-to-head meeting in late December despite some overwhelming advantage at St Mary's (1-1), now they'll be hosting Hasenhuttl's side in North London where they remain unbeaten in five games since Conte's appointment, including four wins and one draw. As Spurs have also welcomed the likes of Cristian Romero and Son Heung-min back to the starting XI following the winter break, we'd say that Tottenham are going to get revenge on the Saints for December's stalemate this time around.