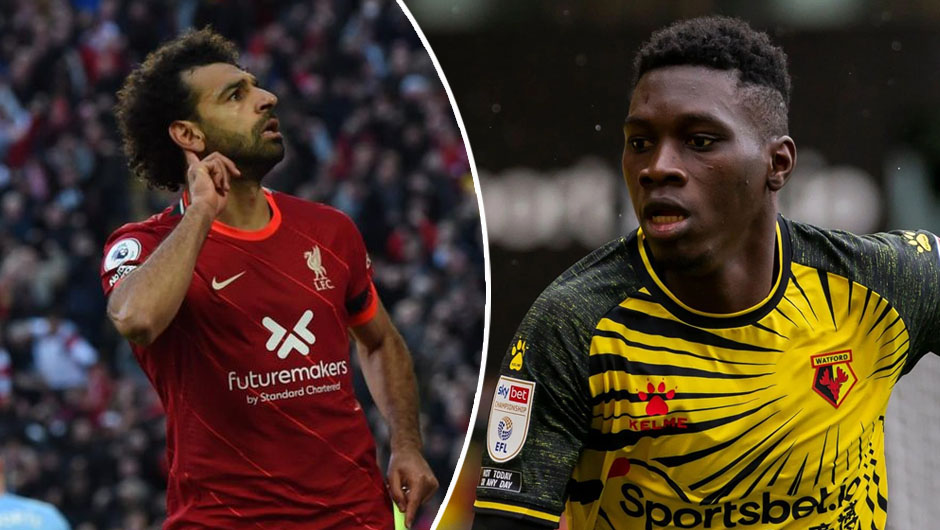 Watford and Liverpool will go head-to-head in the Premier League matchday 8 at Vicarage Road on Saturday. The kick-off is at 13:30 CEST.

It was Xisco Munoz who had led Watford to a 1-0 loss at the hands of Leeds United two weeks ago what turned out the Spaniard's last game in charge of the Hornets. Now it'll be Claudio Ranieri at the helm of the newly-promoted side when they welcome Liverpool to Vicarage Road in the Italian's first Premier League since his sacking from Fulham in 2019. Watford have only claimed two wins and one draw in the opening seven league matches this season and now sit in 15th in the table.

Jurgen Klopp's men, for their part, will be looking to return to winning ways in Hertfordshire following their spectacular 2-2 draw with Manchester City at Anfield before October's international break. In fact, that was the Reds' second consecutive stalemate in the 2021/22 PL campaign as they shared points at Brentford (3-3) on September 25. As a result, Liverpool are now second in the standings, just one point adrift of leaders Chelsea.

Francisco Sierralta, Christian Kabasele, Peter Etebo and Nicolas Nkoulou won't feature for the hosts on Saturday due to injury while Joshua King will be assessed before the game as he picked up a knee problem against Leeds. Curtis Jones, Harvey Elliott and Thiago Alcantara, meanwhile, won't help the Reds on the weekend for the same reason while Alisson and Fabinho have both been ruled out of the upcoming contest as they are set to return to England from international duty only on Friday.

Even though Liverpool had conceded just one goal in the opening five Premier League games this term, they've shipped no less then five goals in their previous two league encounters. As the Reds will be without their first-choice goalkeeper on Saturday, let's say that it would be no surprise to see the Hornets finding the back of Caoimhin Kelleher's net this time around. Hence, let's stick with BTTS in this one.