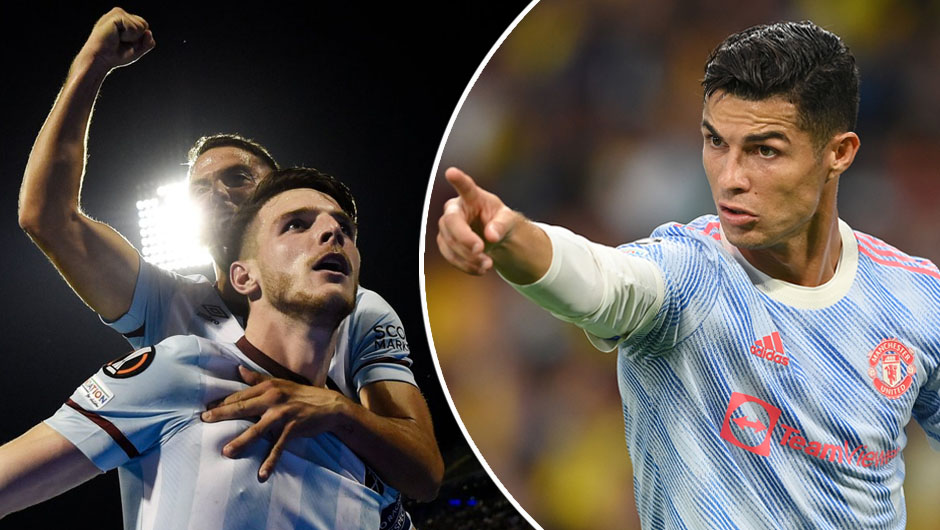 West Ham will take on Manchester United in the Premier League matchday 5 at London Stadium on Sunday. The kick-off is at 15:00 CEST.

West Ham are yet to suffer a single defeat in the English top flight this season as David Moyes' men have followed opening victories over Newcastle United (4-2) and Leicester City (4-1) with back-to-back draws against Crystal Palace (2-2) and Southampton (0-0) in the most recent league encounters. Thus, the Hammers will host Man United sitting in eighth in the table with the same number of points. Moreover, David Moyes' men will be looking to build on their 2-0 triumph at Dinamo Zagreb in the Europa League on Thursday when they face the Red Devils on the weekend.

Ole Gunnat Solskjaer's side, on the contrary, were sensationally beaten by Swiss champions Young Boys 2-1 in their Champions League group stage opener on Tuesday and will be aiming to return to winning ways on Sunday. As for their run in the 2021/22 PL campaign, United have claimed wins over Leeds, Wolverhampton and Newcastle while drawing Southampton in the opening four matchdays to earn 10 points and thus come into this clash in the fourth spot in the standings.

West Ham's arguably best player this term so far Michail Antonio is suspended for this one while the Red Devils will have to cope with the absence of Alex Telles, Marcus Rashford and Edinson Cavani on Sunday as the trio all remain unavailable due to various reasons.

Well, the Hammers have proven themselves a tough nut to crack ever since Moyes' appointment in 2019. West Ham's team are certainly more than capable of causing major problems to United's defence but their chances against the 2020/21 PL runners-up have significantly been reduced following Antonio's sending-off against So'ton last week. The Red Devils, for their part, badly need to redeem themselves for the Young Boys embarrassment in this one so let's stick with the visiting side going unbeaten in their fifth consecutive league fixture this term.

Manchester United to win or draw and both teams to score at 1.73 with 1XBET.