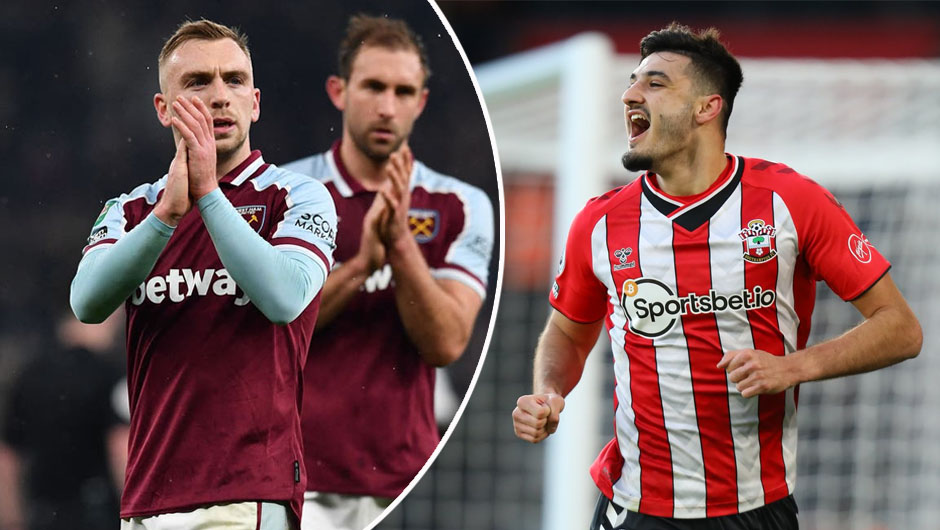 West Ham and Southampton will face off in the Premier League matchday 19 at the London Stadium on Sunday. The kick-off is at 17;00 CEST.

Even though West Ham are still fifth in the PL table with 28 points, David Moyes' men have only claimed one victory in their last five league matches. Moreover, are on a two-game losing run across all competitions as they lost 2-1 to Arsenal in the English top flight on December 15 before suffering an identical defeat at the hands of Tottenham in the EFL Cup quarter-final on Wednesday.

Southampton, for their part, are on a six-match streak without a victory in the Premier League ahead of their trip to London, including a 2-2 battling draw with Crystal Palace last week. As a result, Ralph Hasenhuttl's side have slipped down to 15th in the league standings, collecting just 17 points in 17 games so far.

Kourt Zuma and Angelo Ogbonna will play no part for the Hammers due to injury while Michael Antonio remains doubtful through a positive Covid-19 test. Alex McCarthy, meanwhile, will miss his side's trip to the English capital for the same reason.

Even if Moyes' crop have struggled with results in recent weeks, they remain the hot favourites to take all three points against So'ton as West Ham have suffered as few as zero defeats in their last eight head-to-head meetings. We'd also rather stick with the hosts in this Boxing Day encounter but still it won't be an easy walk for the Hammers as the Saints are more than capable to cause some problems to under-performing West Ham. Hence, let's opt for BTTS in this one.