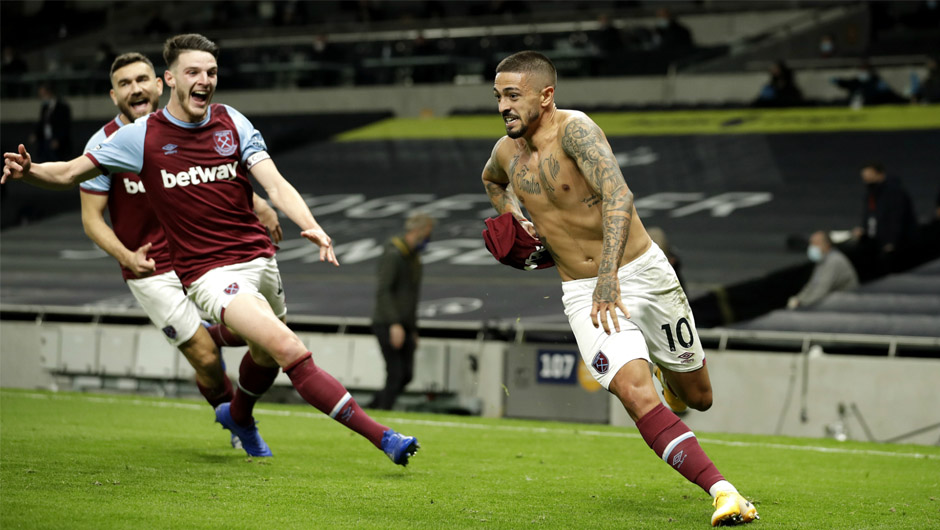 West Ham will play host to Tottenham in the Premier League matchday 25 on Sunday. The kick-off is at 12:00 GMT.

The Hammers have already exceeded all expectations of their fans as David Moyes' side are now fifth in the table, level on points with Chelsea who sit in fourth. No one expected this to happen prior to the start of the current campaign but West Ham could realistically finish in the top four this term. Nevertheless, the Hammers will have impove in terms of consistency in the following months as they have won only three out of their last five league games, including last weekend's 3-0 victory over rock-bottom Sheffield United.

Spurs, on the other hand, have endured a poor run of results of late. In fact, Jose Mourinho's men come into this London derby with a single win in their last five Premier League encounters. That run have seen Tottenham drop to ninth in the standings with 36 points. Spurs, however, have a game in hand over Moyes' side and thus their hopes for the top-4 finish remain very much alive.

Arthur Masuaku and the club's highest earner Andriy Yarmolenko are the only confirmed injury absentees in West Ham's squad for Sunday's clash.

Manuel Lanzini last-gasp wonder strike secured a 3-3 comeback draw in West Ham's last head-to-head meeting with Tottenham in October. Spurs were three goals up at half-time back then and will be desperate to get even with Moyes' men for that result this time around. The Hammers, however, have been in excellent form lately and won't give away points without a fight on Sunday.