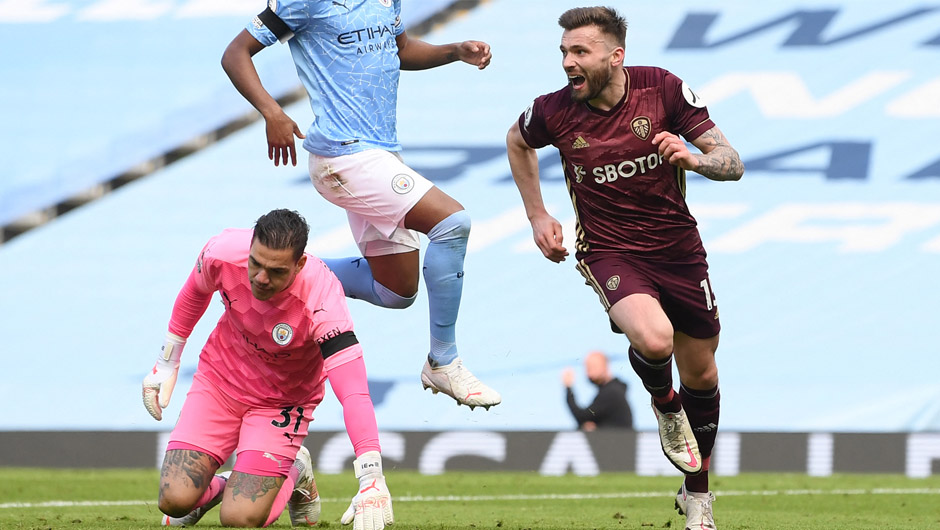 Leeds United and Liverpool will face off in the Premier League matchday 32 at Elland Road on Monday. The kick-off is 21:00 CET.

It's not every day a newly-promoted team beat Manchester City at the Etihad Stadium but Leeds did it last weekend. Moreover, the Whites were reduced to 10 men but still managed a 2-1 victory over the title favourites thanks to a brace from Stuart Dallas. The was Leeds' third win in the English top flight on the bounce and thus Marcelo Bielsa's side have now jumped to 10th in the table with 45 points.

Liverpool, for their part, extended their winning run in the PL to three games after last Saturday's 2-1 victory over Aston Villa. Jurgen Klopp's men, however, were eliminated from the Champions League in mid-week as Wednesday's 0-0 draw with Real Madrid at Anfield wasn't enough to reach the competition's semis following last week's 3-1 loss in the Spanish capital. The Reds will be extra motivated to take all three points in this one as they could leapfrog West Ham into fourth if they defeat Leeds after the Hammers' loss to Newcastle United on Saturday. As things stand now, Liverpool are sixth, seven points ahead of their forthcoming opponents.

The hosts' captain Liam Cooper is suspended for the upcoming encounter after his straight red card against the Cityzens while Rodrigo remains doubtful through a muscle injury. Liverpool, meanwhile, will be without Divock Origi, Jordan Henderson, Joe Gomez, Joel Matip and Virgil van Dijk.

The Reds were quite lucky enough to defeat Leeds in the 2020/21 Premier League opener when Mohamed Salah secured a 4-3 win for Klopp's side from the penalty spot in the 88th minute of September's clash at Anfield. Liverpool have hardly become a better team since then while Leeds have gone on to prove themselves a hard nut to crack in victories like against City and therefore we do expect this clash to be as entertaining as their previous head-to-head meeting.