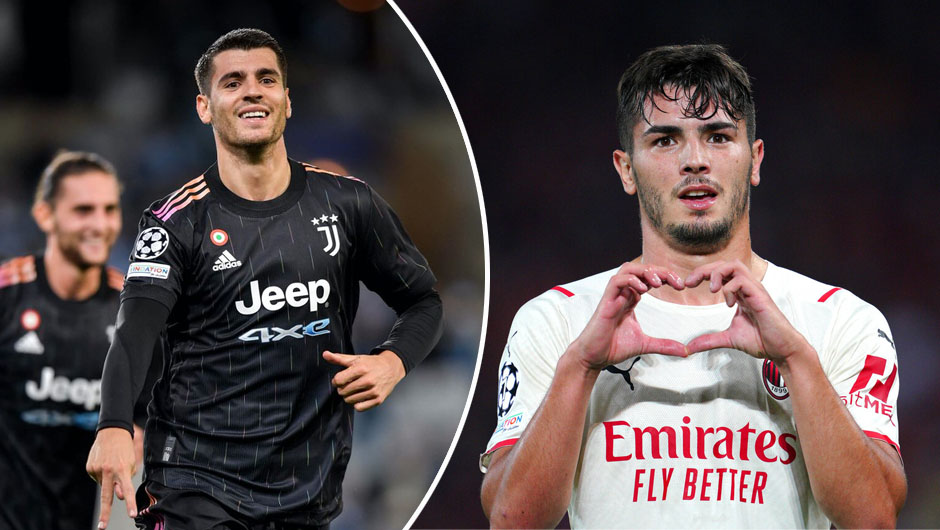 Juventus and AC Milan will go head-to-head in the Serie A matchday 4 at the Allianz Stadium on Sunday. The kick-off is at 20:45 CEST.

Juventus were lucky enough to finish in the Serie A top four last term, mainly due to Milan's victory over Atalanta in the final 2020/21 matchday in the Italian top flight. The Bianconeri have replaced Andrea Pirlo with their former manager Max Allegri in the dugout since then but the club's bosses certainly didn't expect Juve to kick off the 2021/22 campaign with as few as zero victories in the opening three league matchdays. Nevertheless, Allegri's men managed to claim their first win of the season against Malmo (3-0) in the Champions League on Tuesday following their back-to-back defeats to Napoli and Empoli preceded by a 2-2 stalemate at Udinese.

The Rossoneri, for their part, boast a 100% record in the Serie A so far, having beaten Sampdoria, Cagliari and Lazio. On the other hand, Stefano Pioli's side will travel to Turin on the back of a 3-2 loss at the hands of Liverpool in the Champions League in mid-week.

Arthur Melo won't help Juve on the weekend due to a muscle injury. Zlatan Ibrahimovic, in turn, is unavailable again for Milan after celebrating his injury comeback with a goal against Lazio last week.

Juventus are now 16th in the table with just one point taken from the opening three games so the Bianconeri will give their all to improve their record against Milan on the weekend. Pioli's crop, for their part, will be seeking their fourth consecutive win in the Serie A this term to keep up with Roma and Napoli who also yet to drop points this season so far. It remains to be seen if Juve manage to break their current winless run in the Italian top flight on Sunday but we'd say that you should definitely expect a quite entertaining match at the Allianz Stadium this time around.