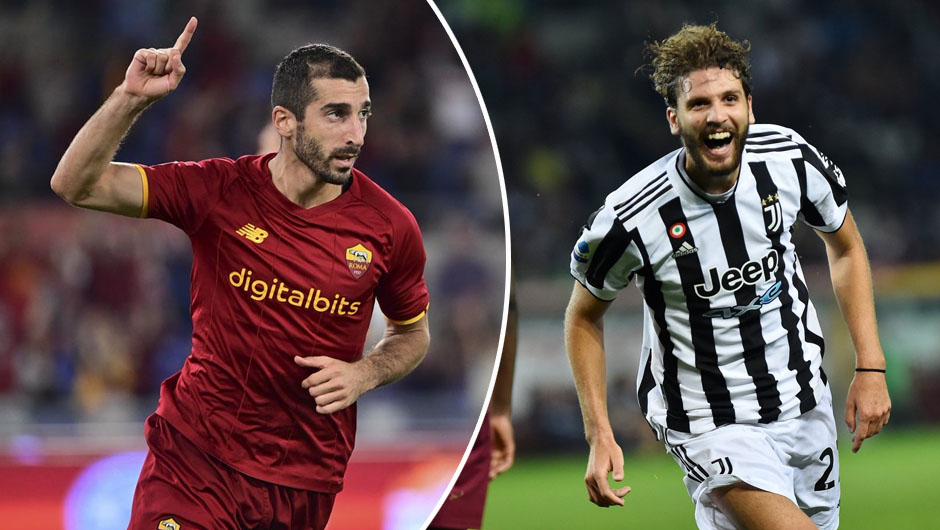 Juventus and Roma will go head-to-head in the Serie A matchday 8 at the Allianz Stadium on Sunday. The kick-off is at 20:45 CEST.

Despite enduring a poor start the the 2021/22 campaign in the Italian top flight, Juventus appear to have find their feet again as Max Allegri's men will play hosts to Roma on the back of a four-game winning streak across all competitions, including consucutive 1-0 wins over Chelsea in the Champions League and most recently Torino in the Serie A.

Roma, meanwhile, have managed to bounce back from a 3-2 loss at the hands of Lazio in the Derby della Capitale by first defeating Zorya Luhansk 3-0 in the Conference League and then beating Empoli 2-0 in the domestic league in their most recent match before October's international break. Hence, Jose Mourinho's side are now fourth in the table with 15 points, four points ahead of their fortcoming opponents.

It still remains to be seen if Paulo Dybala and Alvaro Morata will be given the green light to feature on Sunday due to respective injury woes while Chris Smalling and Tammy Abraham are set to miss their side's trip to Turin for the same reason.

Even though Roma are now four points above Juve in the Serie A standings, it's the Bianconeri who boast a better record ahead of their upcoming clash as Allegri's crop remain unbeaten in six matches in all competitions on the bounce, compared to the Giallorossi' two defeats over the same period. Moreover, Mourinho's men were beaten in their only encounter against a top opposition (Lazio) this term while Juve recently defeated current Champions League champions Chelsea without Dybala and Morata in the squad. Therefore, we'd rather back Juve to extend their winning run to five consecutive games on Sunday.