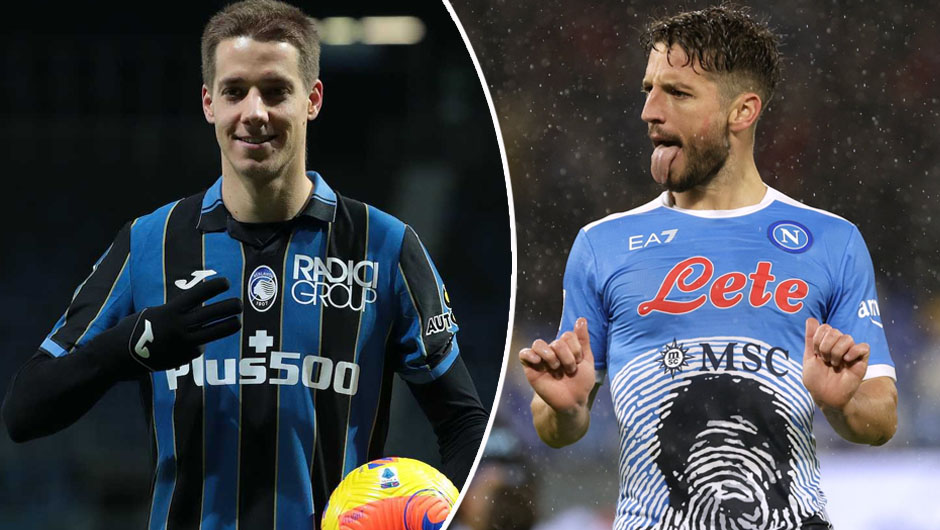 Napoli will welcome Atalanta to the Stadio Diego Armando Maradona in the Serie A matchday 16 on Saturday. The kick-off is at 21:45 CEST.

Napoli fans certainly expected more from their team when Luciano Spalletti's men bounced back from a disappointing 3-2 loss at Inter Milan two weeks ago in a 4-0 thrashing of Lazio last weekend. The Parthenopeans, however, have gone on to share points with Sassuolo in a 2-2 battling draw on Wednesday. Even if Napoli's results have dipped of late, Spalletti's crop are still at the very top of the Italian top flight table with 36 points, one point ahead of second-placed Milan.

Atalanta, meanwhile, have extended their winning run in the league to four games on the bounce in mid-week as Gian Piero Gasperini's side destroyed Venezia 4-0 on Tuesday courtesy of Teun Koopmeiners' goal and Mario Pasalic's hat-trick. As a result,  the Goddess are coming into this encounter sitting in fourth in the standings, five points adrift of Napoli.

While Kalidou Koulibaly and Victor Osimhen have been ruled out until 2022 due to respective injury woes, it remains to be seen if Fabian Ruiz and Lorenzo Insigne will be given the green light to feature for the hosts after suffering minor injuries in mid-week. Matteo Lovato and Robin Gosens, meanwhile, are the only confirmed absentees in Gasperini's set-up.

Even though Napoli's form has declined a bit lately, the Parthenopeans remain to be the hot favourites to claim the Serie A crown this term and thus beat Atalanta on the weekend. On the other hand, Napoli have only managed a single victory over the Goddess in their last five head-to-head meetings in Naples. As Gasperini's men appear to be on top of their game in recent weeks, we wouldn't be surprised if they manage to claim at least one pont at the Stadio Maradona this time around.

Napoli to win or draw and both teams to score at 2.21 with 1XBET.