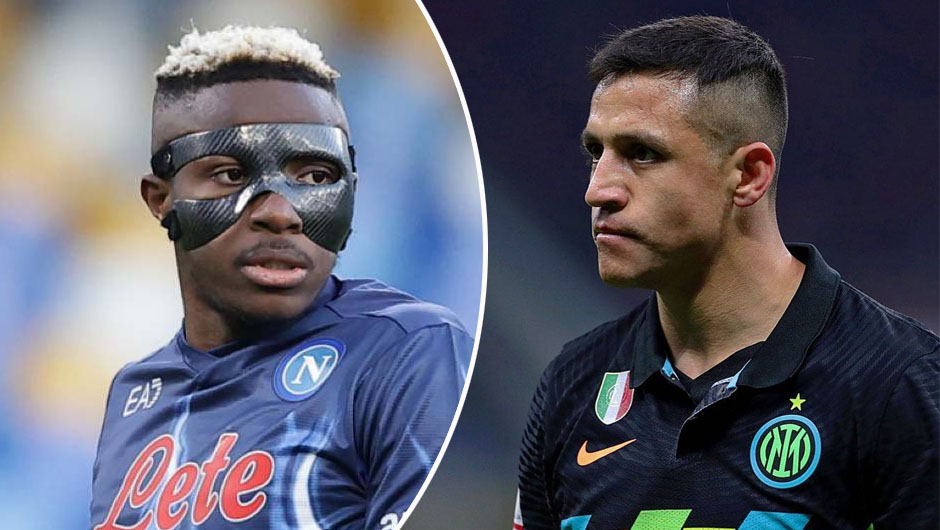 Napoli will play hosts to Inter Milan in the Serie A matchday 25 on Saturday. The kick-off is at 19:00 CEST.

Unlike their forthcoming opponents, Napoli managed a victory on their return from the winter break as Lucioano Spalletti's men celebrated a 2-0 triumph at Venezia on Snuday to extend their winning streak in the Italian top flight to four game on the bounce.

Inter, for their part, were rather surprisingly beaten 2-1 by their city rivals AC Milan over the weekend to suffered their first loss in the 2021/22 Serie A campaign since mid-October. Another Derby della Madonnina will be held in Milan as soon as on March 2 as the Nerazzurri have already returned to winning ways against AS Roma in the Italy Cup quarter-final thanks to goals from Edin Dzeko and Alexis Sanchez on Tuesday and now are braced to face the Rossoneri in the semi-final.

Last weekend's loss means that Inter are still at the very top of the table but only one point clear of second-placed Napoli who have played one game more so far.

It remains to be seen if Kalidou Koulibaly features for the hosts on the weekend after winning the Africa Cup of Nations with Senegal last Sunday while Axel Tuanzebe, Adam Ounas and Hirving Lozano remain doubtful through respective injury woes. Robin Gosens and Joaquin Correa, meanwhile, have been ruled out for the visitors for the same reason while Alessandro Bastoni is suspended for this one.

Many expected Napoli to beaten Inter in the reverse fixture in November, considering the Parthenopeans' all but perfect start to the 2021/22 season, but it were Simone Inzaghi's crop who celebrated a 3-2 victory back then. Now, it's the Nerazzurri who are placed to take all three points on Saturday but it definitely won't be an easy trip to Naples for Inter given Napoli's current four-game winning run in the Italian top flight. Thus, let's back both sides to give their supporters another thrilling show at Stadio Maradona on the weekend.