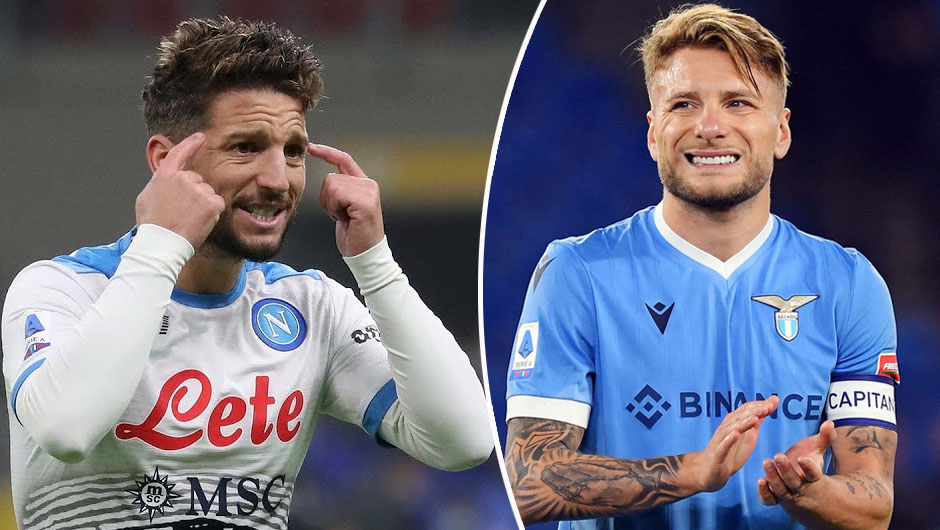 Napoli will take on Lazio in the Serie A matchday 14 at Stadio Diego Armando Maradona on Sunday. The kick-off is at 21:45 CEST.

Despite going unbeaten in the opening 12 Italian top flight games this season, Napoli suffered their first league defeat of the 2021/22 campaign in last weekend's clash at Inter Milan when goals from Piotr Zielinski and Dries Mertens were not enough to cancel strikes from Hakan Calhanoglu, Ivan Perisic and Lautaro Martinez (3-2). However, Luciano Spalletti's men have managed to stay at the very top of the table, level on points with AC Milan (32) who lost to Fiorentina on the same day. On the other hand, the Parthenopeans are on a three-game winless streak across all competitions right now as they drew Verona before the Inter loss which was followed by a rather sensational 2-1 defeat at the hands of Spartak Moscow in the Europa League on Thursday.

Lazio, for their part, easily defeated Spartak's city rivals Lokomotiv 3-0 in the EL group stage clash on Thursday but were also beaten in their previous Serie A matchday when Leonardo Bonucci's brace earned all three points for Juventus at the Stadio Olimpico (2-0). That loss has seen Maurizio Sarri's side moving in the sixth spot in the league standings, nine points behind Napoli.

While Andre-Frank Anguissa, Adam Ounas and Victor Osimhen all unavailable for the hosts due to injury, Matteo Politano will miss Sunday's clash after testing positive for Covid-19 lately. The Biancocelesti's Adam Marusic, meanwhile, is also absent with a positive coronavirus test.

Apparently, something has gone wrong at Napoli's camp in recent weeks after all but perfect start to the season. Now, the Parthenopeans will have to cope with the absence of their first-choice striker Osimhen until the end of 2021 after he suffered facial fractures against Inter. Still, there are the likes of Insigne, Mertens and Lozano to make the difference for Spalletti's crop against inconsistent Lazio who have lost in each of their previous five visits to Naples, including a 5-2 loss in April.