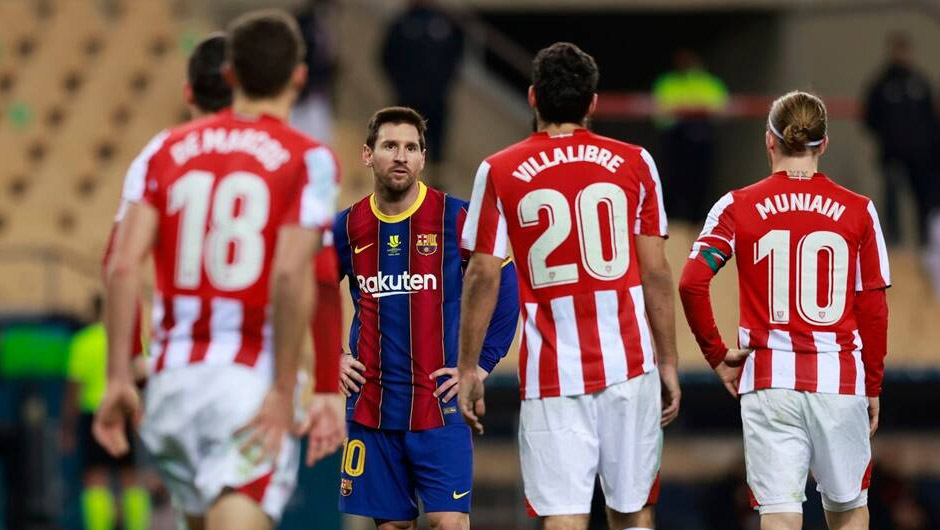 Athletic Bilbao and Barcelona will lock horns in Seville in the 2020/21 Spanish Cup final on Saturday. The kick-off is at 21:30 CET.

Just two weeks after losing 1-0 to Real Sociedad in the 2019/20 Spanish Cup final, that had been postponed due to the Covid-19 outbreak last year, Athletic will have another shot at the trophy in their fourth encounter with Barcelona since the turn of the year.

The Catalans, for their part, will be looking to claim their first piece of silverware under Ronald Koeman on Saturday. Even though the Catalans defeated Marcelino's men twice in La Liga this season, the Basques were victorious against Barca in the 2021 Spanish Super Cup final in January thanks to Inaki Williams' extra-time winner after a 2-2 draw in the opening 90 minutes.

Despite enjoying a rather positive start to life under Marcelino since his appointment in early January, Athletic are on a six-game streak without a victory across all competitions ahead of the upcoming clash with the Blaugrana. Barca, on the other hand, saw their 19-game unbeaten run in the league in last weekend's 2-1 loss at Real Madrid.

Oier Zarraga, Peru Nolaskoain, Yuri Berchiche and Yeray Alvarez won't help the Basques on Saturday due to respective injury woes while Barcelona will be without Neto, Ansu Fati and Philippe Coutinho for the same reason.

Considering Athletic's awful run of form of late, we'd say that Barca are very likely to gain revenge on the Basques for January's defeat in the Super Cup final. On the contrary, the Catalans continue to struggle in big matches under the guidance of Koeman and thus we do expect another entertaining clash between the two most successful teams in the history of the competition on Saturday.

Barcelona to win or draw and both teams to score at 1.93 with 1XBET.