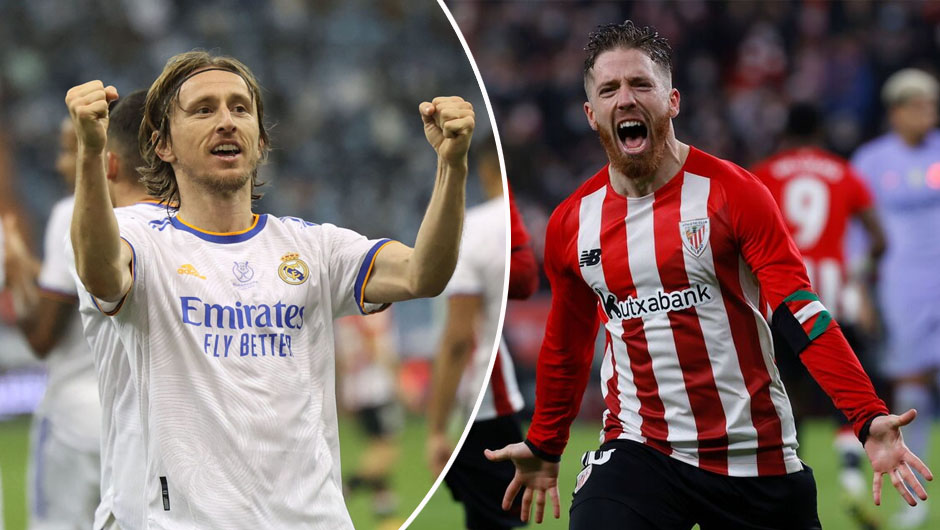 Athletic Bilbao will play hosts to Real Madrid in the Spanish Cup quarter-final on Thursday. The kick-off is at 22:30 CEST.

It's been just over two weeks since Madrid defeated Athletic 2-0 in the Spanish Super Cup final courtesy of goals from Luka Modric and Karim Benzema. Funnily enough it's the Basques who boast a superior record in all competitions than the Blanos since then.

First, Marcelino's men eliminated Barcelona from the Spanish Cup (3-2) on January 20 and then managed a 1-0 victory at Rayo Vallecano in the La Liga just three days after. Carlo Ancelotti's side, for their part, had to go to extra time against Elche on January 20 to reach Thursday's quarter-final which was made possible thanks to goals from Isco and Eden Hazard (2-1). However, Madrid were unable to beat Elche in their league encounter on January 23 when Eder Militao's 92nd-minute strike secured a 2-2 draw for the Blancos.

Hence, Athletic and Madrid are coming into this encounter sitting in first and ninth in the Spanish top flight standings respectively with the former side boasting a 19-point advantage.

While Unai Vencedor is the only injury doubt in Athletic's squad, Ferland Mendy and Marcelo will not help Ancelotti's crop this time around due to injury and suspension respectively.

Well, it would arguably be a bit strange to predict anything else but a confident victory for Madrid in this one. On the other hand, it's the Basques who have made it to the competition's final three times on previous seven ocasions, including the latest two editions. The Blancos, for their part, haven't reached the final since 2014. What's more, Ancelotti's crop have conceded at least once in six out of their seven matches in 2022 except for the Super Cup final when Raul Garcia couldn't convert a penalty kick and thus we'd rather stick with BTTS in this one.