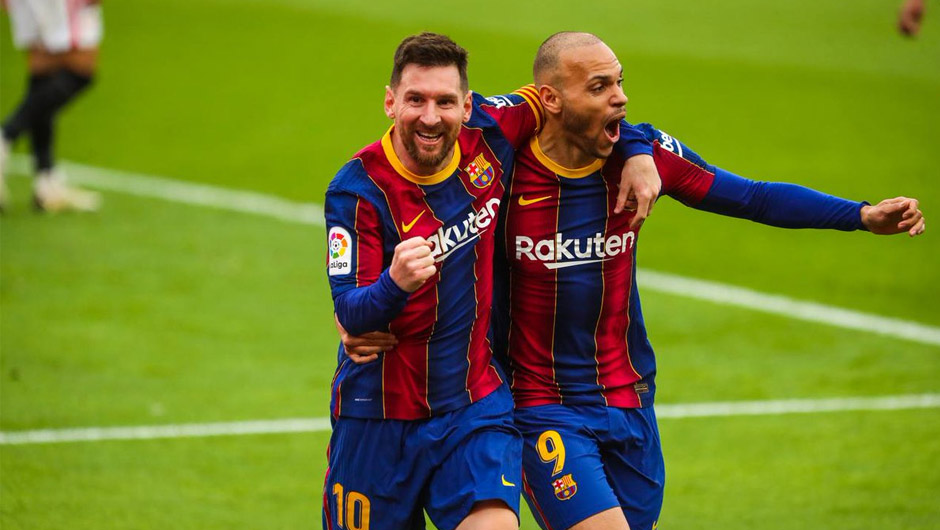 Barcelona and Sevilla will lock horns at Camp Nou in the second leg of the Spanish Cup semi-final on Wednesday. The kick-off is at 21:00 CET.

Barca and Sevilla are set to face off for the third time in a month this week as Julen Lopetegui's men defeated the Catalans 2-0 in the first leg of the SC semis in mid-February before the Blaugrana's 2-0 victory at the Ramon Sanchez Pizjuan in La Liga over the weekend.

Even though Ronald Koeman's men managed to get even with the Andalusians in the league encounter, Pedri suffered an injury in Seville and is set to miss Barca's next four games. Gerard Pique and Ronald Araujo also picked up some minor injuries and remain doubtful for the upcoming fixture. Sergi Roberto, Phillipe Coutinho and Ansu Fati, meanwhile, remain on the sidelines for the hosts due to long-term issues.

Sevilla, in turn, only have two absentees for Wednesday in Marcos Acuna and Lucas Ocampos.

The Catalans' morale was given a massive boost after their league victory in Seville on Saturday and thus Koeman's side will be eager to bounce back from the first leg loss this time around. Will Barca defeat Lopetegui's men by a three-goal margin without conceding Camp Nou? Considering the Blaugrana's current injury crisis and Sevilla's overal defensive displays this term, we wouldn't say so. Still, the hosts will definetly put all their efforts to reaching the competition's final this year.

Barcelona to win or draw and both teams to score at 2 with 1XBET.