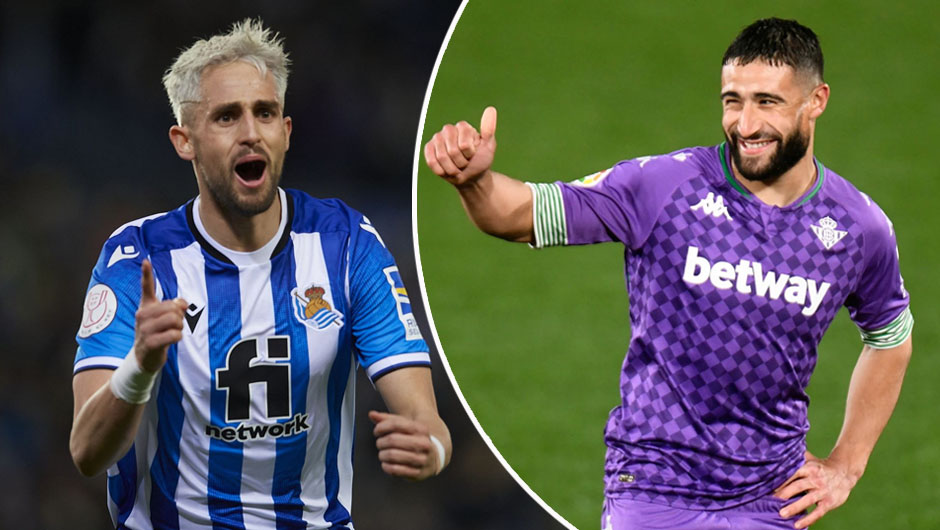 Real Sociedad will take on Real Betis in the Spanish Cup quarter-final at the Reale Arena on Thursday. The kick-off is at 21:00 CEST.

Despite finishing the previous year in a 3-2 loss at the hands of Villarreal in La Liga, Sociedad have kicked off 2022 with five straight unbeaten games across all competitions. That run includes a 2-0 win over Atletico in the Spanish Cup's last-16 round on January 19. Imanol Alguacil's men, however, were held to a goalless draw by Getafe in their most recent league encounter last month which saw them slipping down to the sixth place in that table with 34 points.

Betis, for their part, are also on a five-game unbeaten streak ahead of Thursday's quarter-final, including a 2-1 victory over their city rivals Sevilla in the competition's previous round last month. What's more, Manuel Pellegrini's side will travel to San Sebastian on the back of a 4-1 thrashing of Espanyol in the Spanish top flight on January 21. As things stand now, Betis are third in the La Liga table, six points clear of their forthcoming opponents who have a game in hand.

While Mathew Ryan is unavailable for the hosts due to his international duty, Nacho Monreal, Ander Barrenetxea and Carlos Fernandez will not help Alguacil's crop on Thursday due to injury. Claudio Bravo, Martin Montoya and Cristian Tello, in turn, all remain sidelined for the visitors.

You'd probably be surprised to find out that Sociedad have not lost a single home game in the domestic cup since 2017 while scoring at least twice in each of their last seven matches in the competition on their own turf. Betis, on the other hand, have claimed six straight wins away from home in the tournament ahead of the upcoming clash and thus it promises to be a quite entertaining encounter. However, we'd rather give a slight advantage for Betis following their 4-0 demolition of Sociedad in the league in December.