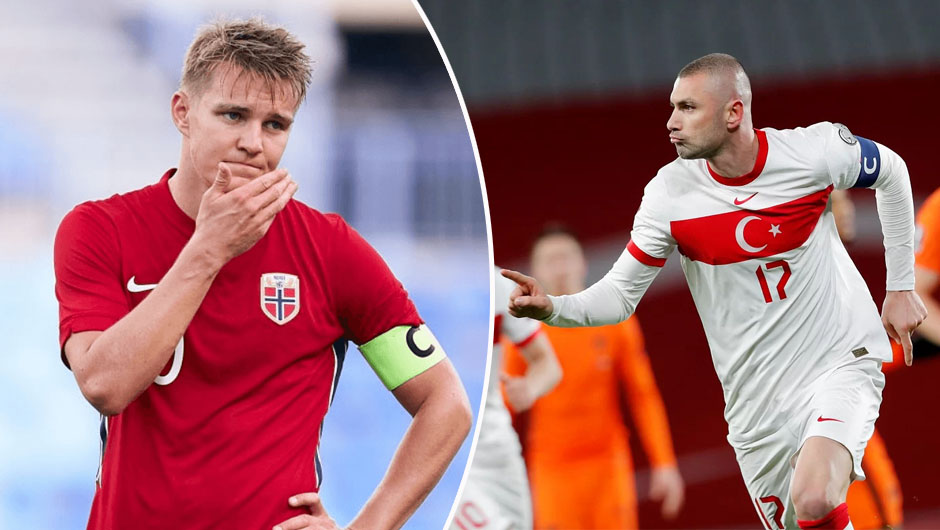 Turkey and Norway will face off in the 2022 World Cup qualifying Group G matchday 7 at the Sukru Saracoglu Stadium on Friday. The kick-off is at 20:45 CEST.

The Turks have followed their disappointing performance at this summer's European Championship with a 2-2 draw against Montenegro before beating Gibraltar 3-0 and eventually losing 6-1 to the Netherlands in their most recent Group G clash on September 7. As a result, Stefan Kuntz's men have found themselves in third in their WC qualifying group ahead of Friday's clash, two points behind the Netherlands and their forthcoming opponents who sit in first and second respectively with 13 points.

Norway, who had failed to qualify for Euro 2020, managed to avoid a defeat in last month's set of Group G matches as Stale Solbakken's side held the Dutch team to a 1-1 draw in Oslo before defeating Latvia 2-0 and Gibraltar 5-1. As mentioned, the Norwegians are now behind Oranje on goal difference and will be looking to keep up with their major rivals in an extremelly tense clash in Istanbul.

Even though Kenan Karaman is the only injury absentee in Kuntz's squad, Caglar Soyuncu, Ozan Kabak and Orkun Kokcu will play no part for the hosts on Friday through suspension. Jonas Svensson, Alexander Sorloth, Joshua King, Kristoffer Ajer and Erling Haaland, in turn, won't feature for the visitors in this one due to respective injury woes.

While the Turks will be without their two key centre-backs in Soyuncu and Kabak on Friday, the Norwegians have lost their main attacking threat in Haaland, so let's say that both managers have a lot to think of ahead of the upcoming encounter in the Turkish capital. It were Turkey who celebrated a 3-0 victory over Norway in the reverse fixture in March but the latter side have gone on to claim three wins and a draw in Group G since then. We'd say that the Scandinavians have enough quality in their set-up to gain revenge on the Turks for March's loss this time around but at the same time it's hard to see them scooping all three points without Haaland in the squad. Hence, let's stick with a little advantage for the hosts in this one.

Turkey to win or draw and both teams to score at 2.24 with 1XBET.